Along US Highway 89 in Kanab, Utah 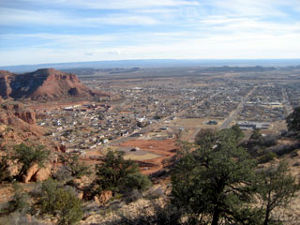 The settlement at Kanab is said to have been begun by Mormon pioneer Jacob Hamblin when he built a dug-out cabin here in 1858. "Kanab" is the Southern Paiute word for "place of willows." Mormon settlers built Fort Kanab in 1864 to protect themselves from local Paiutes. After multiple Indian attacks, the fort was abandoned in 1868 and most of the folks left the area. New settlers arrived in 1870, coming from Salt Lake City, Cottonwood and the abandoned mission on Nevada's Muddy River.

In the early days this was cattle ranching country. Then Kanab became a resting point for Mormon polygamists on their way to the area of what is now Colorado City, Arizona. Probably the biggest business in Kanab these days is tourism.

About five miles north of Kanab is where you'll find the Best Friends Animal Sanctuary, probably the largest animal sanctuary on Earth. Best Friends owns about 3,300 acres outright and leases another 33,000 acres from the Bureau of Land Management. Their effort is to provide sanctuary for pets and domesticated animals that would most likely be euthanized anywhere else. 22 of Michael Vick's most abused fighting dogs came to Best Friends for care and rehabilitation. At any one time, there are about 2,000 animals on the property, mostly cats and dogs but also birds, rabbits, horses, burros, goats and pot-bellied pigs. Euthanasia is used on this property only when an animal is terminally ill and/or in extreme pain.

The old LDS Church in the Kanab Town Park

The Mormon Founders Monument in Kanab 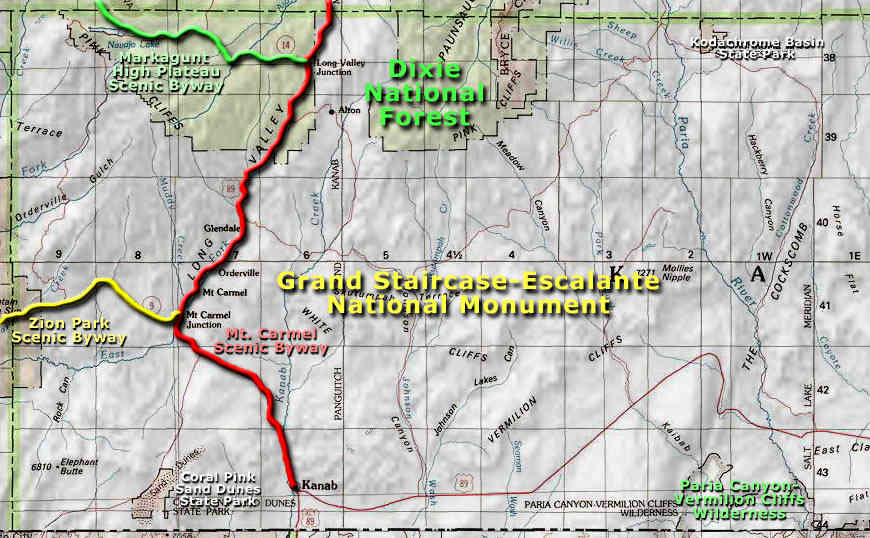 Map of the Kane County area

Upper left photo is in the public domain
Other photos courtesy of TheArmchairExplorer, CCA-by-SA 4.0 License 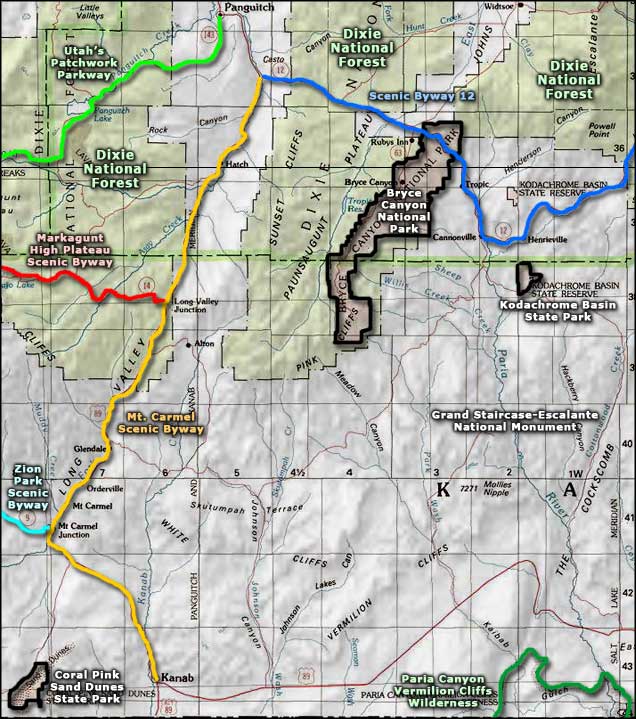