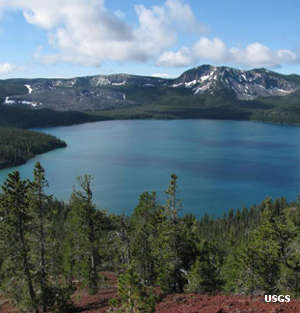 Newberry National Volcanic Monument is a 56,400-acre property wholly contained within Deschutes National Forest. The National Volcanic Monument was created on November 5, 1990 to provide extra protection to the area surrounding Newberry Volcano, the largest shield volcano in the Cascades. This is an area that has seen extensive volcanic activity with shield volcanoes, cinder cones, volcanic domes, lava flows and fissures flowing, just in the last million years. Activity in the caldera was as recent as 1300 years ago with the Big Obsidian Flow: 700 acres of black obsidian that effectively ended 200 years of ash and pumice eruptions.

Newberry Volcano is about 1,200 square miles in size (larger than Rhode Island) while the caldera is about 17 square miles in size. Newberry Caldera is thought to have formed in several steps, beginning about 500,000 years ago with a series of major pyroclastic eruptions. The final collapse occurred after massive pyroclastic flows out the sides of the mountain exhausted the magma chamber and the summit fell in on itself. Volcanic activity and lake sediment since then has filled in the caldera somewhat. Today there are two lakes plus many small cinder cones, obsidian domes and lava flows on the caldera floor. Both lakes are fed by hot springs and drilling by the USGS has found water temperatures 3,000 feet deep beneath the caldera at 280°F, hotter than The Geysers in California (the world's largest producer of geothermal energy). The USGS Cascades Volcano Observatory has monitors on the mountain as Newberry Volcano is considered to be an active volcano that sits over a shallow magma body.

At 7,985 feet, Paulina Peak is the highest point in the monument. There is a road to the top but it is recommended for high clearance 4WD in summer only (the Forest Service doesn't plow). The two lakes are brimming with trout. Also included in Newberry National Volcanic Monument are Lava Butte (a large cinder cone near Bend), the Lava River Cave (Oregon's longest known lava tube), the Lava Cast Forest (ash hoodoos, spires and pinnacles) and the Big Obsidian Flow. 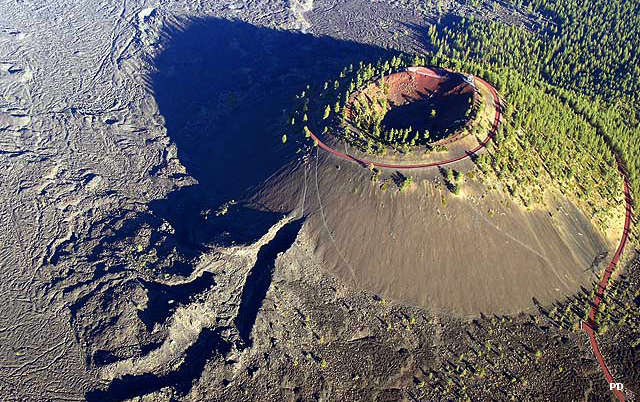 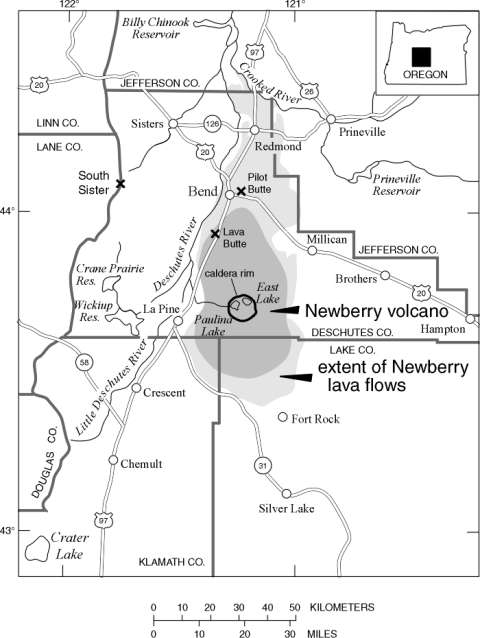