When first founded, Virden was a mining camp known as Richmond. Silver ore was mined nearby in Ralston and shipped to Richmond for processing in the stamp mill. Then the silver played out, the mine closed and a rancher named Virden bought the townsite. He sold the property to a group of Mormons who migrated north from Chihuahua during the Mexican Revolution in 1916 and they were kind enough to name the town for him.

Contrary to what I write above, the population of Virden is up more than 5% since 2000. That means maybe 8 new folks have come to town... or perhaps it's residents who left and came back... 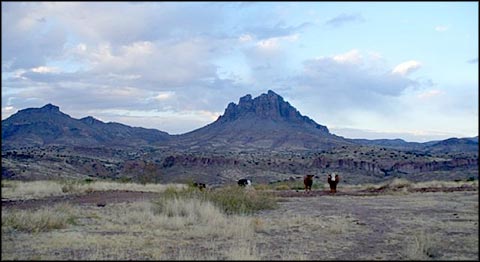