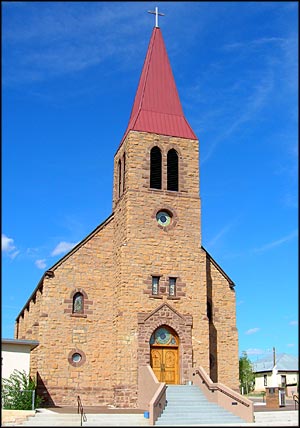 Santa Rosa is another of the early territorial cities in New Mexico. The Historic Route 66 runs right across town, along the edge of the main business area. The I-40 skirts town to the north with exits on the east and on the west. The newer hotels, most of the gas stations and most of the chain/fast food restaurants seem to be clustered around the Interstate 40 exit on the east side of town.

The downtown area looks like the state, county and city have made a good investment in refurbing and revitalizing the area. The county courthouse was a nice surprise (for me at least).

Agua Negra Chiquita was the first European settlement here, founded in 1865 by Don Celso Baca. In 1890 the name of the town was changed to Santa Rosa, referring to the chapel that Baca had built in town.

By the early 1900's, Santa Rosa was on the main railroad run between Chicago, the West Coast and El Paso. Later Route 66 was built through town and still survives today as a National Historic Byway. Director John Ford used the Pecos River railroad bridge over Route 66 in the train scene of his movie version of "The Grapes of Wrath." He has Henry Fonda (as Tom Joad) watching a freight train steam into the sunset over the bridge...

Around Santa Rosa are a number of natural lakes. These have formed in sinkholes in the area's limestone bedrock and are connected underground by a network of water-filled tunnels. The Blue Hole, a popular scuba diving spot, is the most famous of these as the 64°F water is more than 80 feet deep. 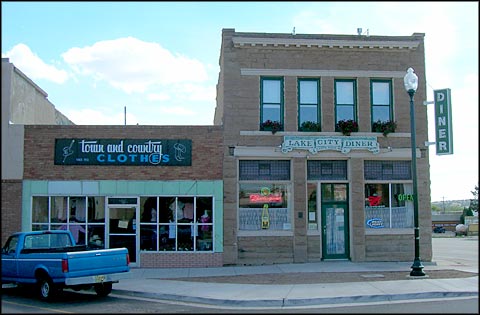 There's an eclectic mix of architectures in downtown Santa Rosa 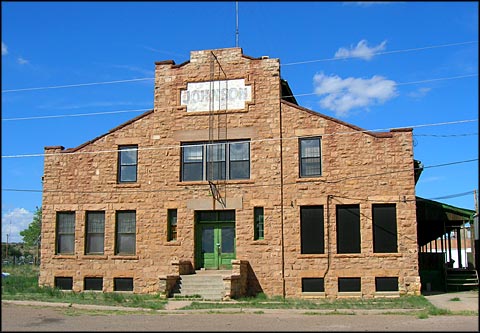