The Red River area is steeped with history. Ute and Jicarilla Apaches raided the nearby pueblos and roamed this area for hundreds of years. When the first European explorers, fur trappers and prospectors came to the area, they put River City (as Red River was first known) on the map. Hundreds of gold, silver and copper mines with names like Golden Treasure, Silver King and Black Copper were carved into these mountains. Red River was a boom town, for a while. There were two general mercantiles, two newspapers, a livery stable, sawmill, blacksmith shop, barber shop, more than a dozen saloons, several hotels and boarding houses, a dance hall and a hospital. There was also red light district with plenty of soiled doves, high stakes gambling and barroom brawls to keep folks entertained.

Eventually, the mines played out but early on the homesteaders began to outnumber the prospectors. Red River gained a new lease on life by renting abandoned mining cabins to flatland visitors seeking refuge from the heat. In the late 1920s and early 1930s Red River started to evolve into the "mountain playground" that it is today.

Red River Ski Area's Moon Star Mining Camp is a unique experience straight out of Red River's mining past. Red River was popular with trappers in the early 1800's and prospectors followed in the 1850's and 60's. During a brief gold-mining boom, Red River's population soared to 3,000 (it's around 450 now), but by the early 1900s, the mines were finished and town was almost deserted.

Several years ago, a few Red River locals noticed more and more Louisianans coming to town during Mardi Gras week. So they decided to throw a party - or more accurately, a Mardi Gras-style "coon-ass" party. Now, this increasingly popular event includes nightly balls, costumes, lots of beads, parades down the slopes and down Main Street and lots of good Cajun cooking. The party usually runs from around Feb. 7th to about the 12th, "if'n yer intrested." 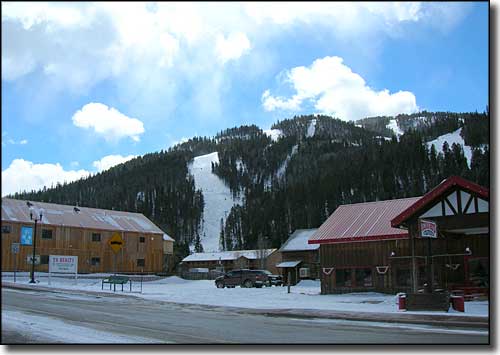 The ski slopes come down right at the edge of town 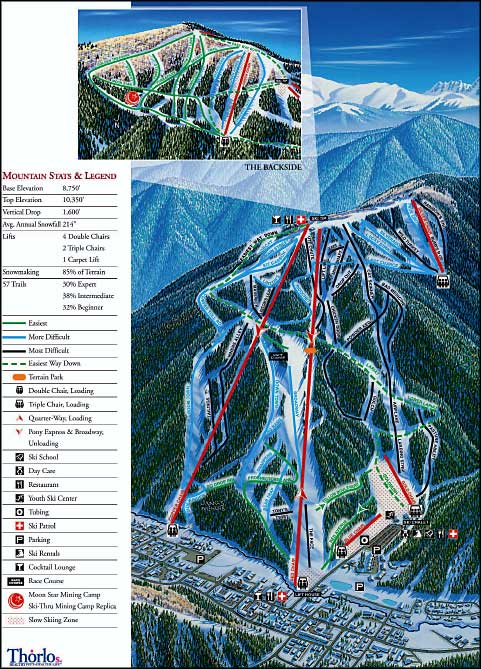