Pilar is a major whitewater rafting destination in northern New Mexico. Located right on the Rio Grande where the river exits the Orilla Verde Valley, many rafters are pulling out of the water here and many others are putting in. For those who are just starting here, downstream is a great set of Class 4 & 5 rapids before you come to Velarde, which is the next logical stopping point.

Pilar is an old Hispanic community that has attracted quite a few artists: there are several galleries scattered around town. Across State Highway 68 to the east is the Rio Grande Gorge Visitor's Center with exhibits and explanations of what the Gorge is really all about.

Pilar was originally named "Cieneguilla," for the swampy ground that exists in a small flood plain here in a bend of the Rio Grande. Because of that flat land next to a good supply of year-round water, this was long a favorite camping spot of the Jicarilla Apaches. In 1694, during his re-conquest of New Mexico after the Pueblo Revolt of 1680, Don Diego de Vargas attacked and burned a Jicarilla village here.

In February, 1793, 20 Hispanic settlers took possession of the property as given to them in the Cieneguilla Grant, a grant from Charles IV, King of Spain, through Don Fernando Chacon, the Spanish military governor of Nuevo Mexico.

The United States 1st Cavalry Regiment fought a battle here with Jicarilla Apache warriors on March 30, 1854. My understanding is the Jicarilla won the battle but lost everything else for many years. 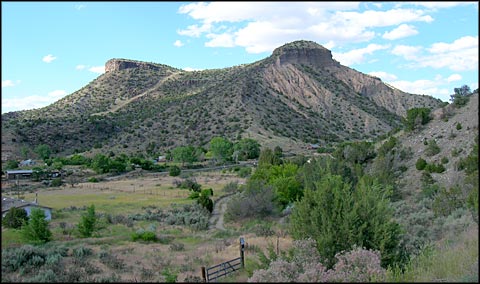 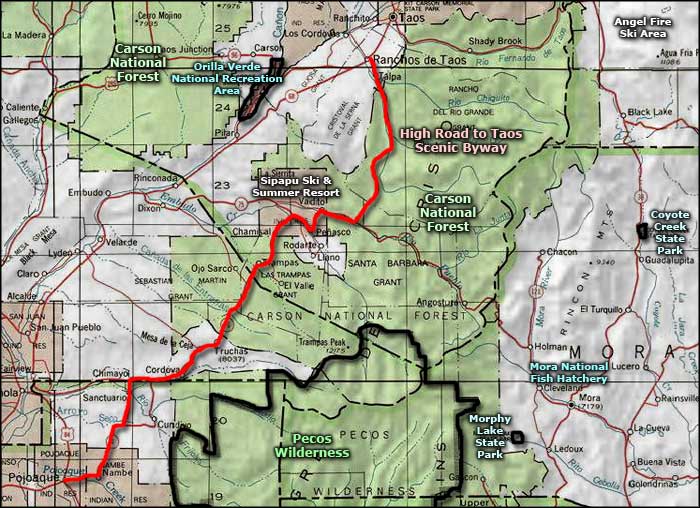