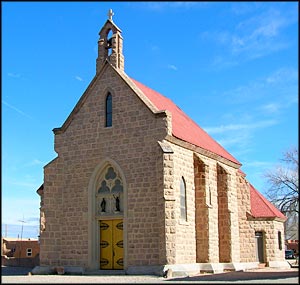 The Pueblo was founded around 1200 CE by migrating Tewa Indians. Don Juan de Oñate took control of the pueblo in 1598 and renamed it San Juan de los Caballeros, after John the Baptist, his patron saint. De Oñate then established the first Spanish capital in New Mexico here.

The pueblo returned to its pre-Spanish name in 2005 (but the USPS still prefers "San Juan Pueblo"). The Tewa name "Ohkay Owingeh" means "place of the strong people."

The Pueblo is located just north of Espanola and covers a large area straddling the Rio Grande. I've driven around and through the Pueblo lands many times over the years but in early December, 2007, was the first time I drove into the business center of the Pueblo.

The headquarters of the Eight Northern Indian Pueblos Council is located at Ohkay Owingeh. 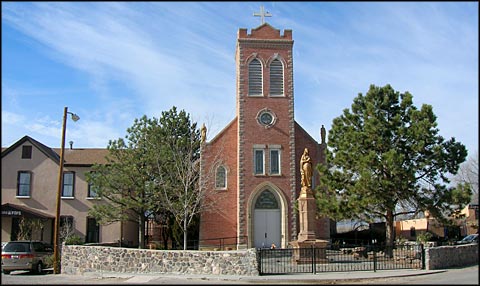