Originally, this area was part of the San Clemente Land Grant given to Don Felix Candelaria in 1716. However, shortly after Don Candelaria received the Land Grant, the Luna family made claim on the property and took possession of it. The name "Los Lunas" is an Anglicized version of the family's name.

The Luna family has been prominent in the history of New Mexico and through various arranged marriages, the family dominated and controlled Valencia County for almost a century. The Luna's were influential in moving the county seat from Tome to Los Lunas back in 1876. That influenced the location of the Atchison, Topeka & Santa Fe Railroad depot that was built in Valencia County and that, in turn, contributed to Los Lunas becoming the center of business in the county.

The Village of Los Lunas wasn't incorporated until 1928. Electricity arrived a few years later but it wasn't until the village population topped 500 in the late 1930's that water and sewer facilities were built.

An interesting side note: Musician Bo Diddley lived in Los Lunas from 1971 to 1978 while continuing his musical career. For 2-and-a-half years of that time, he served as a Deputy Sheriff in the Valencia County Citizens Patrol and personally bought and donated 3 highway patrol pursuit cars to the department. In 1978, Bo Diddley moved to a custom-built log cabin in Hawthorne, Florida and spent the next 17 years splitting his time between there and Los Lunas (when he wasn't traveling and performing with his trademark rectangular guitar). Then in 1995 he moved to Archer, Florida and settled down, dying there on June 2, 2008. 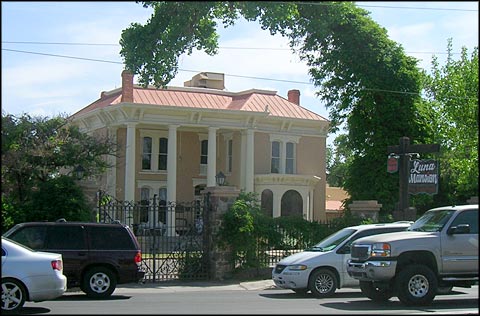 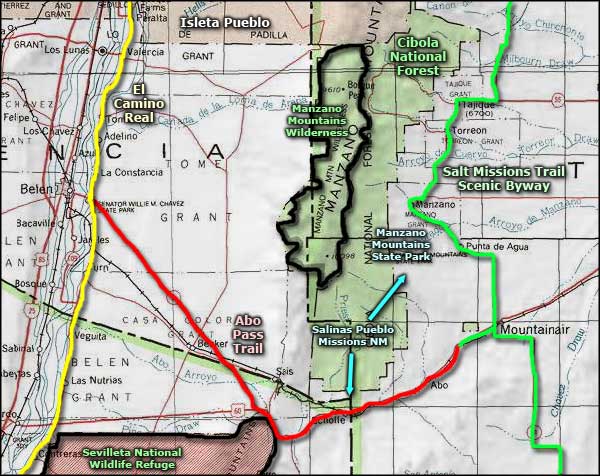