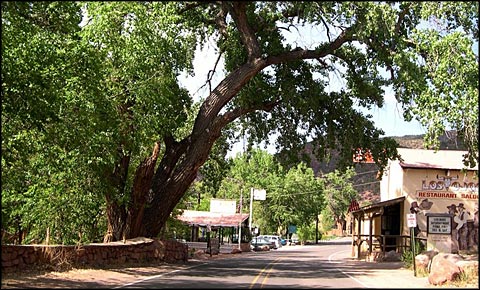 Jemez Springs is a settlement in the Jemez Mountains near the site of Jemez State Monument. The town is named for the nearby Pueblo de Jemez and there are several natural hot springs in town and in the surrounding valley. The Jemez Ranger District of Santa Fe National Forest is headquartered in Jemez Springs.

The population of Jemez Springs is down more than 30% since 2000.

The Jemez Valley appears to have been inhabited for at least 4,500 years. When the Spanish arrived in 1540, they found several pueblos located up and don the valley. The Franciscans arrived in 1620 and the next year, began construction of a mission at San Jose de los Jemez the next year. Sometime in the 1640's, the priests left and the mission began to crumble. Following the Pueblo Revolt of 1680, most of the local tribes people converged on the Pueblo of Jemez (about 12 miles south of the village of Jemez Springs).

Jemez Springs was almost chosen as the site of the Manhattan Project in 1942 but lost out on that to Los Alamos (which is just over the hills to the northeast). 1947 saw the establishment of two Roman Catholic retreats in the area: the Congregation of the Servants of the Paraclete and the Handmaids of the Precious Blood. The Village of Jemez Springs was incorporated in 1995.

The Bodhi Manda Zen Center, a Rinzai training academy following the footsteps of Kyozan Joshu Sasaki was established in Jemez Springs in 1972. 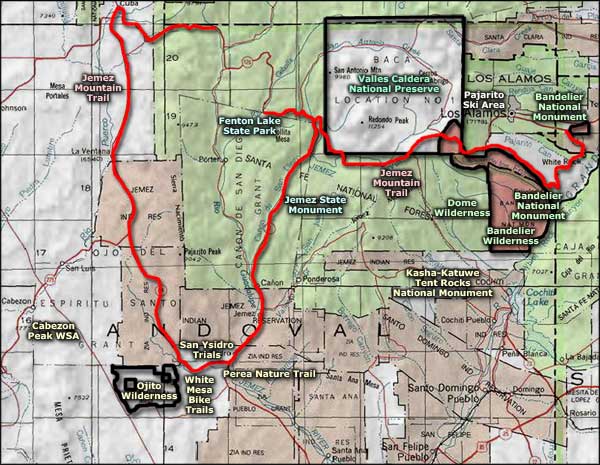