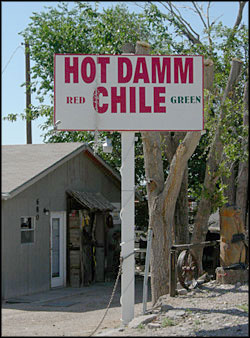 In 1851 the first settlement in the area was named Santa Barbara. Because of incessant problems with the local Apaches the settlement was shortly abandoned. Then Fort Thorn was established nearby in 1853 and settlers returned. They were okay until Fort Thorn was closed in 1860 and the Apaches came back. The town wasn't reoccupied again until 1875 and that was when the name Hatch came about, in honor of Edward Hatch, then Commander of the New Mexico Military District.

Hatch has never grown very large but it has a big name because of the high quality of the red and green chiles grown there... The town has an internationally renowned Chile Festival every year on Labor Day Weekend and has seen visitation numbers in excess of 30,000 for the event. The area around Hatch also grows cotton, onions and corn, all fed with well water and irrigation water from the Rio Grande and from Caballo Reservoir (20 miles to the north).

Hatch is also the site of a proposed visitor's center for the nearby Spaceport America, a privately-constructed spaceport built by the New Mexico Spaceport Authority. 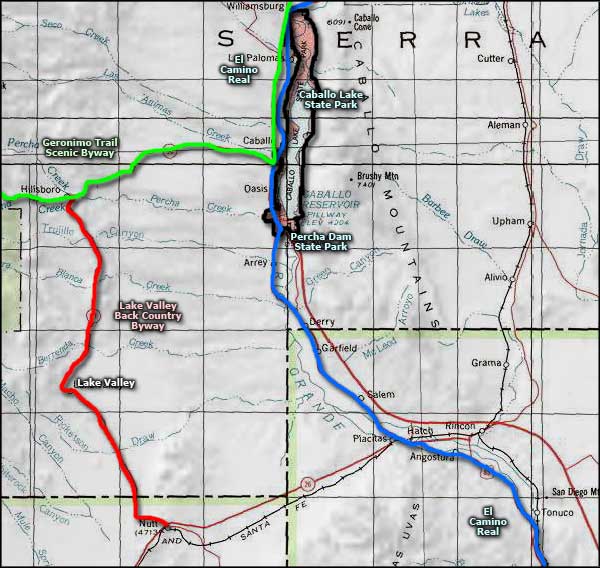