Farmington is a sprawling city that began its' existence in 1876 when the US Government opened the area to non-Native American settlers (previously, this countryside had been given to the Ute, Navajo and Hopi tribes as reservations). Overnight, the area was flooded by miners, farmers and cattle ranchers from Colorado, Utah and Texas.

Nourished by three rivers (Animas, La Plata and San Juan) and rich with natural resources, Farmington quickly grew into a flourishing agricultural community and became incorporated in 1901. Farmington grew steadily until the oil-and-gas boom in the 1950's. At that point, the local economy took off and, to this day, you can see the effects of the oil and gas industry all over San Juan County: part of the sprawl is in the vast chunks of landscape given over to pipeyards, equipment storage, staging areas and well-servicing outfits (Aztec and Bloomfield also suffer from this industrial sprawl). BHP Billiton operates a major coal mine about 17 miles southwest of Farmington that feeds coal to the nearby Four Corners Power Plant (all on Navajo Nation land). Another coal-fired power plant was proposed to be built in the same area in 2006.

In 1967, an underground nuclear test ("Gasbuggy," part of Operation Plowshare) was set off about 50 miles east of Farmington in Carson National Forest. This was an attempt to fracture rock deep underground to facilitate the extraction of natural gas in the area.

Farmington is home to one of the top ten municipal golf courses in America. The city's aquatics center is state-of-the-art and the city maintains an excellent trail system along the banks of the Animas River.

The population of Farmington is up more than 21% since 2000. 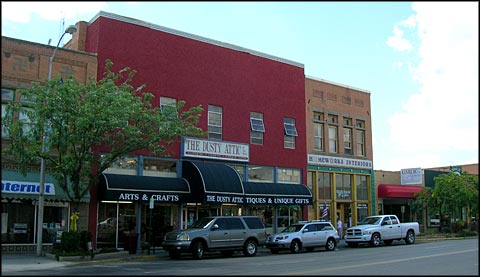 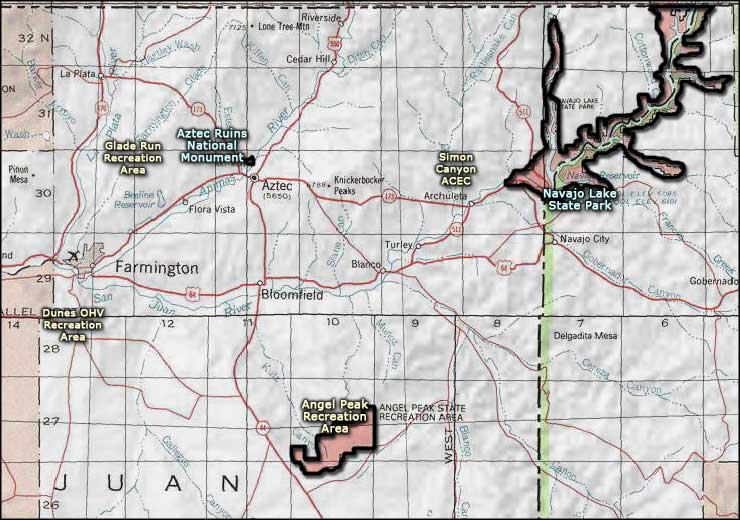