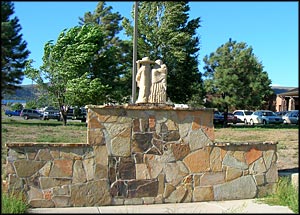 Dulce is the capital city of the Jicarilla Apache Nation. It is also the largest settlement on the reservation and is still just a Census Designated Place.

Once upon a time the Denver & Rio Grande Railroad ran through Dulce on the way to Durango but the freight business slacked off and the tracks were removed long ago. Today, that trackbed is the base for the Narrow Gauge Scenic Byway.

Rumors began circulating in 1979 that there was an alien installation hidden beneath Archuleta Mesa (just north of Dulce). The story has been repeated far and wide, I've even seen a copy of an article in a small-town Pennsylvania newspaper about it. I happened to be staying in the main hotel in the city one Memorial Day Weekend (around 1990) when a horde of UFO followers from California converged on the city to welcome the aliens back from wherever it is they go every winter... A tribe member offered to take me up to the site of the underground base but there had been a lot of snow that winter and the spring runoff made it impossible for us to get anywhere near the foot of the mesa where the portal supposedly was... As for the Californians, they had a wild and crazy weekend cooped up in town: it was like something right out of "The X Files" and "Animal House" mixed together. The local folks appreciated them and gave them lots of leeway, though, because they brought lots of green California cash with them. I have been in Dulce several times since but it's never been as lively... or as much fun.

The population of Dulce is up almost 5% since 2000, probably because of all the oil and gas exploration happening on the reservation. 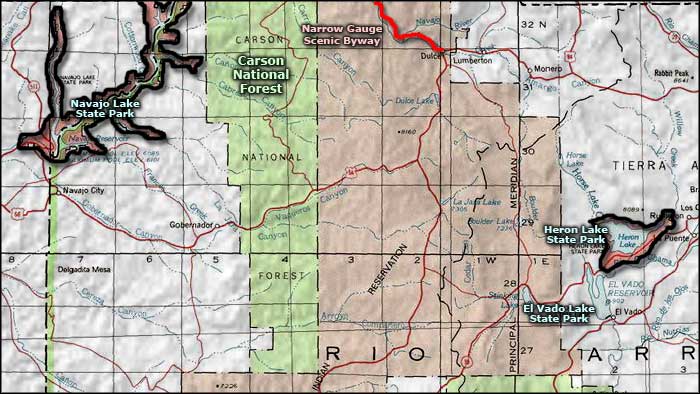