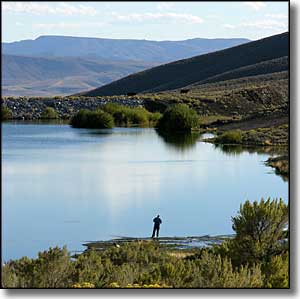 Back in 2001, the Washington Post Magazine characterized Battle Mountain as "the Armpit of America." The "town" is the unincorporated county seat of Lander County.

Battle Mountain is most famous as the home of the "Human-Powered Speed Challenge," an annual bike race on a long, flat, straight stretch of Nevada Highway 305 just outside of town. The economy of Battle Mountain is essentially based on gold mining and on mining the pockets of visitors in the town's legal gambling dens.

In 1866, George Tannihill discovered a rich lode of copper ore and when he filed his mineral claim, he named the area the Battle Mountain Mining District. When the Central Pacific laid tracks through here in 1868, they built a siding to offload supplies for the miners in the area. In 1870, the railroad decided to relocate the Argenta station to the Battle Mountain Siding. So they surveyed a townsite, built a depot and the settlement of Battle Mountain began. 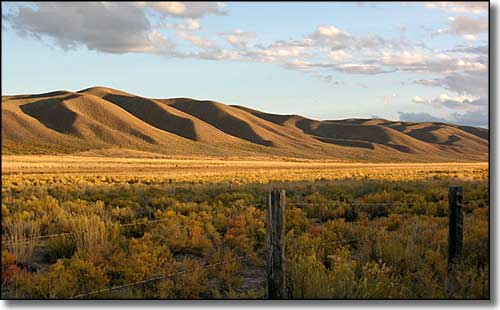 The countryside around Battle Mountain 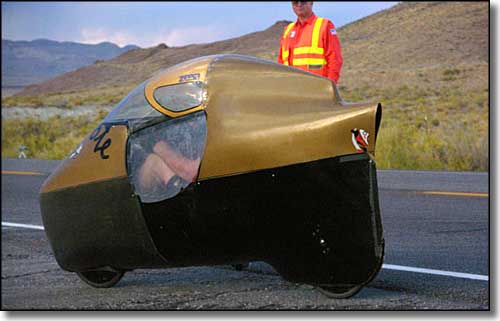 An entrant in the Human-Powered Speed Challenge