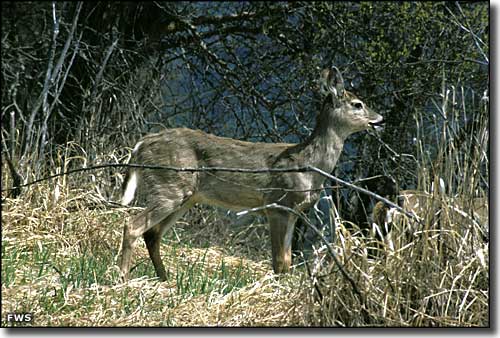 The 1,778-acre Swan River National Wildlife Refuge is located near the southern end of Swan Lake off of State Route 83 in the valley between the Swan Range and the Mission Mountains. Most of the refuge is along the flood plain of the Swan River, although the river itself has moved to the west as the main channel has silted up and blocked water flow. This silting process and the movement of the river has left behind a series of oxbow sloughs in this flat flood plain. Swan River NWR is managed primarily to maintain the natural state of the area. There are no water control structures or other developments on the property.

Vegetation in the flat flood plain is mostly reed canary grass with stands of cottonwoods along the river's edge and old growth fir, cedar, spruce and larch in the uplands.

About 171 species of birds have been documented on the refuge, including Canada geese, great blue herons and various species of ducks and teals. There is at least one nesting pair of bald eagles in the area, too, attracted by the large number of fish in the Swan River. You'll also find moose, white-tailed deer, elk, coyote, black bear, beaver, bobcat, muskrat, raccoon, porcupine and the occasional grizzly bear here. Anglers will find bull trout, northern pike, yellow perch, largemouth bass, kokanee salmon, cutthroat trout, brook trout and Rocky Mountain whitefish. If you come here to hunt or fish, you need to check for any current regulations posted at the kiosk in the parking area.

Access is via Montana Highway 83 near Swan Lake, about 45 minutes southeast of Kalispell. The refuge entrance is about 1 mile south of the town of Swan Lake. Swan River National Wildlife Refuge is managed out of an office at the National Bison Range. The property is essentially unstaffed and may be considered "improvement-challenged." 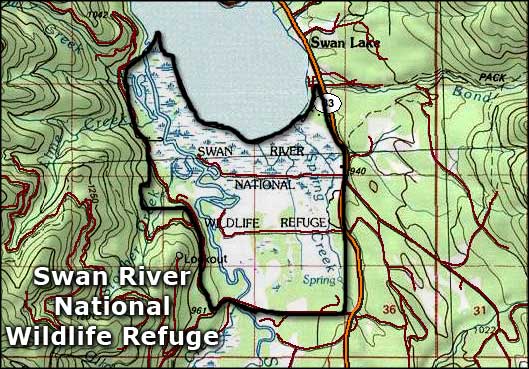