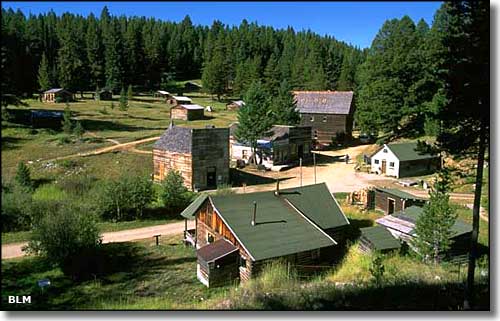 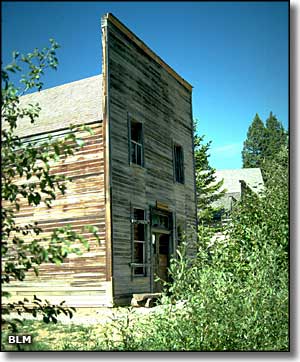 In its heyday in the 1890's, there were about 1,000 people living in Garnet, most of them busy scouring the local mountains for gold. Within 20 years, though, the gold ran out and Garnet was almost completely abandoned. This is a Bureau of Land Management site now, in the Garnet Mountains east of Missoula. The town is pretty well preserved and offers a peek into the lives and lifestyles of yesteryear's gold miners and homesteaders. Many of the preserved buildings have an interpretive plaque out front describing what they were and giving a bit of their history. There is a visitor center in town, open daily from late May through September, 10 AM to 5 PM, and for limited hours on winter weekends. Fees: $3 per person, free for under 16. There are no developed campgrounds but there are restrooms and drinking water at the visitor center.

To get here, from the north, on State Route 200 turn south between mile markers 22 and 23 and follow the dirt-and-gravel road to Garnet. From the south, exit the I-90 at either the Bearmouth or Drummond exit and follow the former US Highway 10 to Bear Gulch Road. Bear Gulch Road is the Garnet Backcountry Byway, 12 miles of rough, narrow and steep adventure as it climbs some 2,000' in elevation through the scenic Garnet Mountains. As the route will have you wishing you had high clearance, it is not recommended for trailers or RV's. In the winter, access from either direction is by snowshoes, cross-country skis or snowmobile only, as wheeled vehicles are only allowed on the road from May 1 to January 1.

The Garnet National Winter Recreation Trail follows 32 miles of the more than 116 miles of developed snowmobile trails in the Garnet Mountains. Because this area sees much less winter traffic than Seeley Lake or Lolo Pass, the opportunities for solitude are much greater here. These developed trails are shared among skiers, snowshoers, snowmobilers and even a few dogsledders. Access is via the Garnet Backcountry Byway route described above. 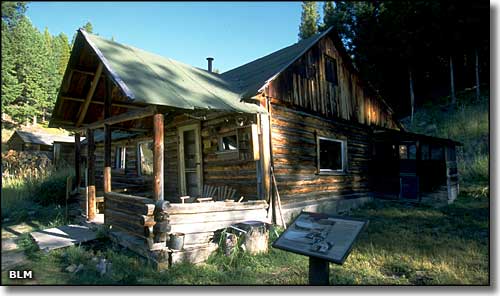 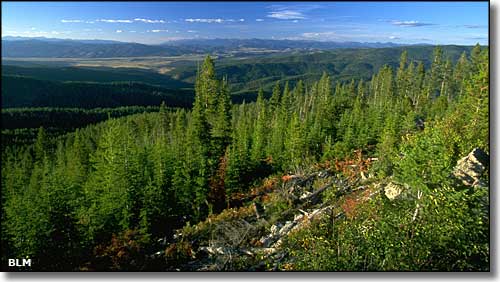 A view along the Garnet Backcountry Byway 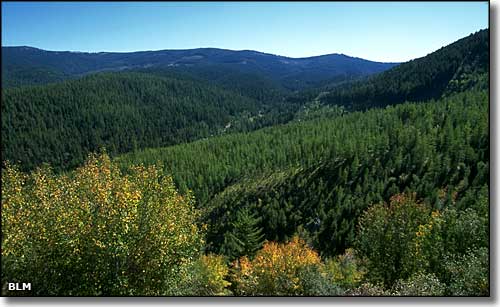 Another view along the Garnet Back Country Byway 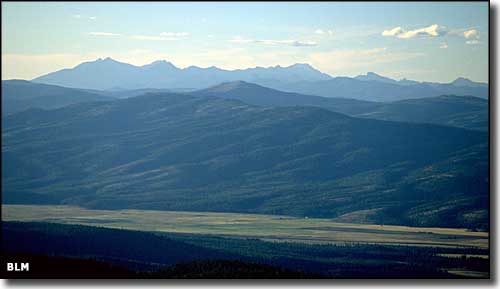