The historic Brunswick Hotel, built in 1909

In 1857, Lt. Edward Fitzgerald Beale, a Naval officer in the service of the US Army, traveled through what is now the Kingman area, surveying a route for a government-funded wagon road that followed the 35th Parallel. Beale is most famous for having used camels instead of horses or mules for his pack animals. As much as camels could go days without water, could carry much heavier loads than mules and would eat stuff mules wouldn't touch, the practice just didn't catch on in the old West. Beale came back through again in 1859 with the crews that actually built the road. Eventually, that route became part of US Highway 66 and the I-40.

Kingman itself began as a railroad siding on the route of the Atlantic & Pacific Railroad near Beale's Springs. The location is in the Hualapai Valley between the Hualapai and Cerbat mountain ranges. Kingman was named in honor of Lewis Kingman, surveyor of the Atlantic & Pacific right-of-way between Albuquerque and Needles. Kingman also supervised construction of the railroad from Winslow to Beale's Springs.

Today, Kingman is somewhat of a retirement destination, located at a junction of roads leading southeast to Phoenix, northwest to Lake Mead and Las Vegas, west to Los Angeles and east to Flagstaff, Albuquerque and beyond. 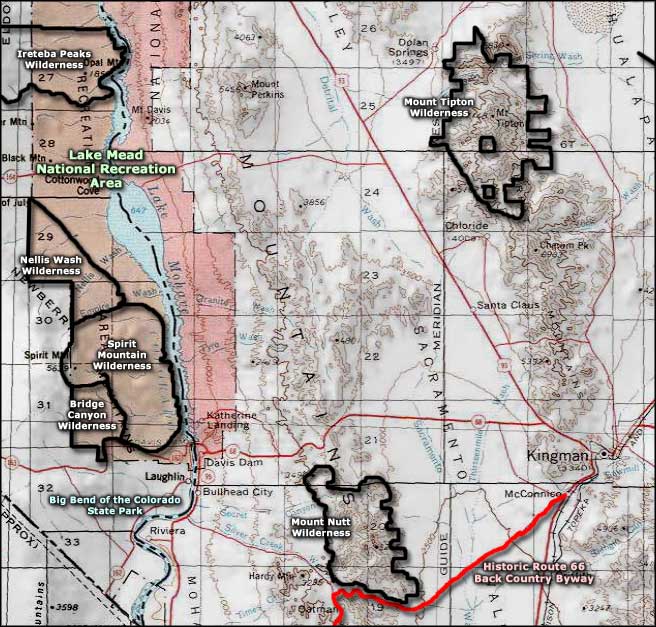