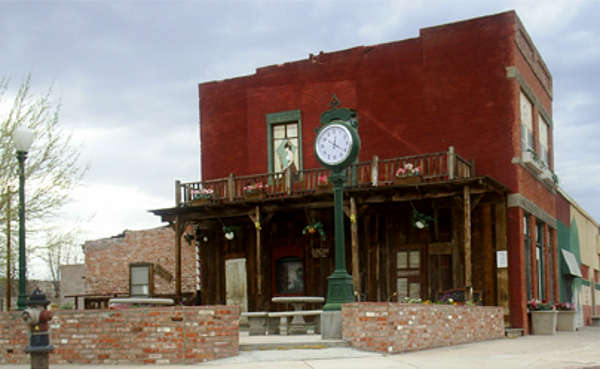 On Spezia Square in Duncan, Arizona 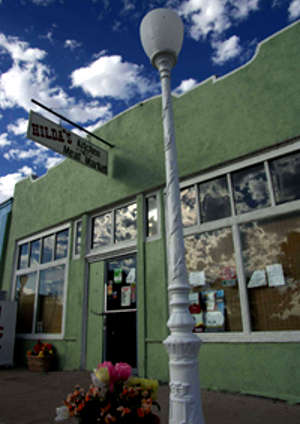 Straddling the Gila River near the Arizona-New Mexico state line, Duncan has been destroyed twice by floods and once by fire since the town was founded in 1883. One story says 2 brothers, J. Duncan Smith and Sheriff Guthrie Smith, sold their property to the Arizona & New Mexico Railroad, built in 1883 to connect Clifton with the main Southern Pacific Railroad line near Lordsburg, New Mexico. The railroad built a stop on their former property and named it for Duncan Smith. Another story talks of 2 brothers named Duncan who were killed by Apaches in the area in 1885. A third story attributes the name to James Duncan, a director of the Arizona Copper Company. Anyway, across the river from Duncan was the settlement of Purdy. When the train stop was established in Duncan, the Purdy post office was relocated to Duncan and renamed.

The hills around Duncan used to harbor zinc and copper mines. The railroad stop made Duncan a marketing center for farm produce and a shipping point for ore and cattle. The largest fire agate field in America is in the Black Hills Rockhounding Area north of Duncan (reached via the Black Hills Backcountry Byway).

While the Duncan area is now home mostly to Mormons, ranchers, farmers and miners, this area is world-renowned as a natural repository of historic and pre-historic Native American artifacts. These days, a large part of the downtown area of Duncan has been shuttered and boarded up, although the Duncan Pride Society has been working hard to clean up and dress up the old area.

Supreme Court Justice Sandra Day O'Connor grew up on the Lazy B Ranch, just outside of Duncan.

The population of Duncan is down almost 9% since 2000.