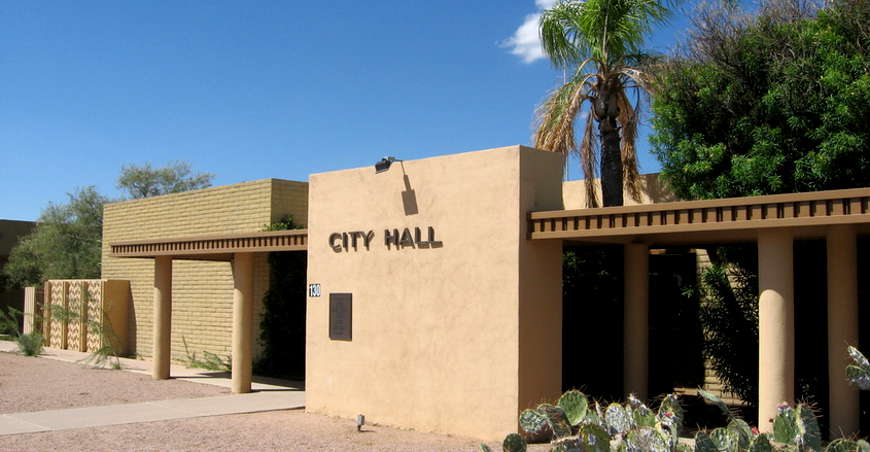 Coolidge, Arizona was named for Calvin Coolidge, 30th President of the United States. The Hohokam people built a large city (11 rooms, 4 stories tall) here and lived in it for about 700 years, finally abandoning the area around 1450 CE. What's left of that city was designated as the Casa Grande Ruins National Monument in 1892 (America's first national historical/cultural preserve).

Coolidge itself was founded by Richard James Jones and his wife Myrtle. Jones owned 160 acres of land in the Gila Valley with the main line of the Southern Pacific Railroad running through it. After the completion of the Roosevelt Dam, Jones realized the value of his land, being as it was, about halfway between Phoenix and Tucson and downstream from that supply of adequate irrigation water that the Roosevelt Dam signified. In May and June of 1925, he platted 80 acres of his property into the original townsite of Coolidge. Then he platted out his other 80 acres as the Jones addition to the original townsite. He built the first few buildings and then moved onto the property in 1927. He designed and built the town's water system, then he built a power plant and installed an electrical distribution system (which he sold to Arizona Edison in 1929). Apparently, Jones knew what he was doing because within 5 years of beginning his project, there were 1,000 residents in Coolidge.